Okay, guys, I’m going to let you in on a little secret…

Yes, I know, despicable! Admittedly, I didn’t choose to start reading until I was around the age of sixteen.  A friend of mine would go on and on about a book called Harry Potter and the Sorcerer’s Stone, and the rest of the magical series. “You’re a Wizard, Harry!”

I was skeptical, because the only reading I’d ever done was my summer reading list, and I’ll be honest here, I basically just searched for the sparknotes version.

The current me wishes I could give my past self a good slap.

I had no idea what I was missing! The worlds I could have traveled, the words my mind could have obsorbed!

Fast forward, I became engrossed in the Wizarding World, and my nose remained shoved in those books for about a month until I eagerly soaked up every word of The Deathly Hallows.

Then came a devastating heartbreak in my teen life (as we all go through at some point unfortunately) and the same friend slid Twilight in front of me for a distraction. And at the time, it was a wonderful distraction and escape from the real world and pain I found there. I soaked up the desperate, broody, complicated and confusing love story, wishing I could be Bella…

After Twlight I started the Fallen series and adored Daniel and Luce’s story. Ahem, Still waiting for someone to pick up the second movie or adapt it into a TV series. Any takers?

Immediately after finishing Fallen, I found one of my favorites–that I have recently gone back and devoured once more…

Once I finished Hush Hush the first time, I said to myself, “This is going to be an epic movie one day.” There were rumors for years about an adaptation, and I’d periodically checked on IMDB for news. And then there was news… followed by the end of that deal. Until very recently they announced the pushing forward of the project! And as a bonus, they recruited Kellie Cyrus, script supervisor and multiple episode director for TVD and The Originals, as well as various other popular TV series like Dexter and TV movies. Clearly she knows what the audience of Hush Hush wants, and she regularly engages in conversations and includes the fans in the casting process with clever hints and recommendations from the series loyal and dedicated readers.

As a writer myself, I cannot imagine the excitment Becca must be feeling knowing her novel baby is coming to life! A literal dream come true, and I couldn’t be more happy for her! She deserves this. And she is keeping her fans in the loop as much as legally possible.

In todays technological day and age, social media has become the best way to engage and promote. Networks and studios should be listening to the demands and cries of fans. Fans like the #SaveShadowhunters movement, for example (now that’s a devoted fanbase). Fans are the reason they remain successful. They spend their time and money sitting in theaters watching the studios movies and viewing episodes live or streaming them, therefore, keeping those companies successful.

I digress, Kellie and Becca have been doing an amazing job just in the past couple weeks in keeping up with the fans, and it’s so exciting! My inner teen has been jumping up and down in shreek-mode since the news came out. And just yesterday they announced the two leads for the roles of Nora Grey and Patch Cipriano… And I can’t say I’m disappointed in the picks!

Liana Liberato, and Wolfgang Novogratz, pictured in the Deadline article linked above, both look the part, and I love that they aren’t super well-known, especially Wolfgang, a complete newcomer. Give other actors the chance of snagging these roles instead of shoving an A-lister or well-known face in for the sake of viewers. And thank goodness they are keeping the cast under Twenty-Four! Let’s keep it believable, folks!

Now that the two leads are selected, there is word that more casting news will be coming out within the coming weeks! Eeek!

This Thirthy-Year-Old mama will certainly be one of the first to buy–let’s be honest–multiple tickets to the movie when it hits the big screen! 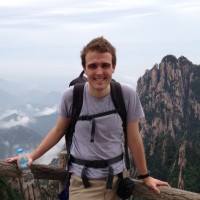